It's got a bit about death, dysphoria, ghosting, and toilets. Hope you find something meaningful in it.

This was intended to be read as a two page spread. In order to read in format, open with a PDF reader and change viewing to "two page view"

"Skein" by Waverly (twitter/website). They said "Skein is a series of poetic games I designed over the course of 2019 while I was thinking about how the current state of American capitalism normalizes disconnections between bodies. Some of them were played, some of them never have been played, some of them cannot be played." What's better than this? Poems as games. Some of these are presented as text, and some as photographs. All of them are poems and games that symbolize either the author's experiences or actions they were trying to figure out how to take. Sometimes it's easier to outsource thinking about how to do things and get through a day when we conceive of tasks in alternative formats. In a way it almost is like something that could end up in Atlas Obscura someday, if you were really to publicly place games like this everywhere you went. More people would participate than you think. People love to feel like the protagonist of a film.

Reading this made me remember a documentary I can't find any evidence of existing. I remember vaguely recall that it took place in maybe New York or California or both, where an unknown group or person made mysteries and clues via art installations that random people tried to solve. Many individuals ended up in the same office room with only a television and the television would play a fake documentary. I remember that they couldn't figure out who did this, or why, and some people thought it was either a cult or an elaborate hoax. [No it wasn't Cicada 3301 either!] Either way, I couldn't track down what I was remembering but I did find "Resurrect Dead: The Mystery of the Toynbee Tiles" as a documentary that was once on Netflix instead. It captures the same vibe, so there you go. The point is, that reading this felt like that. I definitely think Waverly has the talent and ability to maybe make more projects in their future that really focus on playing with the fact that people go nuts for mysterious scavenger hunts? Be your own SCP entry is a great motto for living life. But what does that tell you about these poems and games that they wrote? Not much, but that they were so interesting they sent me down an urban legend mystery rabbit hole really is a great example of impact.

Most of the games are secretly lessons for accepting certain aspects of life. There's a game where you're supposed to not be other beings, a game where you have to be okay with being quiet, and a game where you have to be honest. The chapbook is accompanied by some of the traditional "old footage photographs" you associate with this kind of thing, a fucked up screenshot, modern digital pictures of scavenger hunt art installations, and an intimate indoor low-light game of chess. It's not like cheesy creepypastas or "~digital mysteries~" for conspiracy theory youtube, but it does demonstrate a fantastic ability to captivate a curious reader, and the potential for some amazing games and real world interactive fiction. They're poems of the strangest sort, in that you feel them itching weird forgotten memories you absolutely must remember as soon as possible.

"It’s interesting you chose this space because it was rumored to be one of the locations of a notbeing spotting years ago. You should explore it, see if there is anything left behind from the previous notbeing."

EDIT: a follower figured out i was remembering the 2013 documentary The Institute 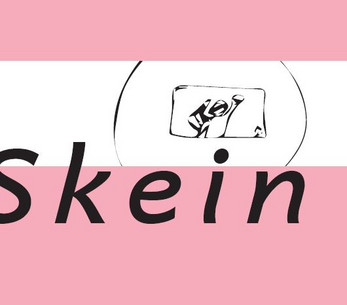